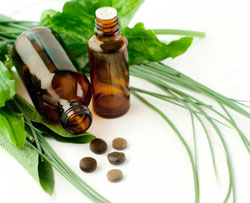 The founder of homeopathy was Dr. Samuel Hahnemann (1755-1843). Based on his observations, he formulated the so-called PRINCIPLE OF SIMILARITY, which states that a given substance can cure in a diseased person the symptoms that it produces or causes in a healthy person.

Homeopathy is a well-described, scientifically based system of approaching health and disease. "Scientific" because the insights are based on reproducible experiments. "Well-described" because from these observations a number of precise basic fundamental rules became evident, first among them the "similarity principle."

Hahnemann published his ideas and experiences in a book called the Organon. The first edition appeared in 1810 and he wrote the last edition (which appeared posthumously) in 1842. As was the custom in those days, he gave numbers to each paragraph in which he explained his different concepts. What is so striking is that Hahnemann's fundamental concepts still hold true today nearly 200 years later. This is not to say there has been no progress in homeopathic thought but rather to the fact that subsequent investigators have been able to confirm and reconfirm these basic principles. Every serious study of homeopathy even today begins with a study of the Organon.


What is Unitary homeopathy?
Although homeopathy is only 200 years old, it is now practiced in a variety of ways, most of which bear little resemblance to what Hahnemann taught. In the public mind the word "homeopathy" has become so vague that for some it means only an "alternative medicine" and for others a combination of homeopathic medicines that you buy in the health food store, one mixture for allergies, another for headache, etc.

According to the homeopathic way of thinking, a disease originates from a disturbance of the patient's "vital force." This is the life force energy that sustains life. As the origin of disease occurs on this energetic level, the homeopathic remedy has also to be on this level.